In the last few weeks I’ve been looking at written transcripts of spoken Arabic – from Algeria ( see here and here) and Morocco and trying to highlight practical takeaways for Arabic students, to make this whole process less intimidating than people often make it out to be. Here are 14 more takeaways.

END_OF_DOCUMENT_TOKEN_TO_BE_REPLACED

The most informed voices on Saudi politics are quite often those working there over a long-term period, usually in business of some sort.* When there in that capacity, you are part of the system, and  Saudis will interact and engage with you, tell you things etc, in a way that won’t happen with journalists or academics there for a 1 or 2 week visit.

For that reason, I place a very high premium on the opinions of expats in Saudi Arabia for work and mid-level/ rising Saudi managers. A Western reader with elite Arabic skills and who has spent several years in Riyadh for business sent me the below comment after reading my August interview with Greg Gause.

I thought it was too insightful not to share with readers and he graciously allows me to post for RWA readers. Highlights by me:

*Which is also why I consider this book, by an academic, who first worked in Saudi for business, one of the very best books I’ve read on Saudi politics to date.

Things to focus on when reading spoken Arabic:

Click the title to hear the Audio from the LangMedia transcripts. 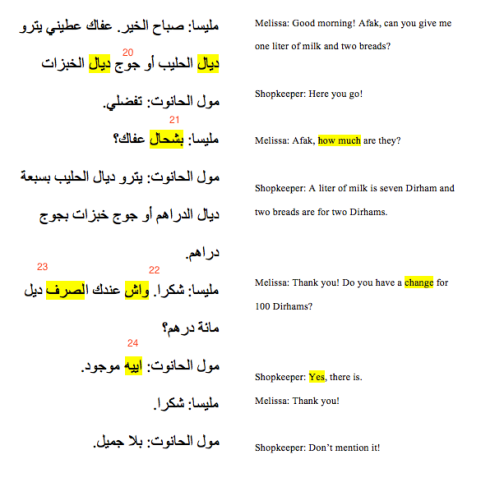 (20)  ( ديال ) is a new term for someone like me with no exposure to Moroccan. How does the newcomer approach new terms like this?  You can try and figure it out on your own, which I was starting to do. You can get a tutor once you go to Morocco and learn the rule in about 3 minutes.  Or, even better, you can get assists from readers like Chris T. on Twitter.  Very clear- this has entered my mental database on Moroccan Arabic.

END_OF_DOCUMENT_TOKEN_TO_BE_REPLACED

The question I’ve written about many times:

Do you  dedicate your limited Arabic learning resources to:  perfecting a dialect?  Or do you aim for a more general, heavily MSA-based, multi-purpose Arabic that enables you to operate in Arabic at a very high level wherever you go?

END_OF_DOCUMENT_TOKEN_TO_BE_REPLACED

I’ve lost track of the number of times over the years that I’ve heard people talk about how North African dialects as if they are drastically different from those of the Central Middle East. This is a mindset that unjustifiably intimidate students, especially because it isn’t true.

3 more Algerian Arabic dialogue as part of my effort to break the perceived “scariness.” 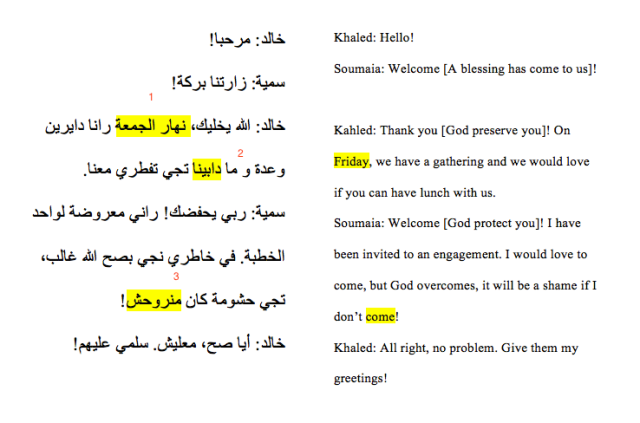 (1)  This is the first time I’ve heard ( نهار ) instead of ( يوم ) when describing days of the week.  On one hand, I’d never thought of people saying it this way, but as soon as I saw it said this way, the meaning was crystal clear.

(2) Had never heard this verb before as far as I can recall.  As I’ve already mentioned in this series  of posts on Algeria, if the goal is to just become competent in Algerian, where it comes from doesn’t really matter.  Just memorize the verb and use it.

But out of curiosity, I wanted to know if it’s some random Algerian verb, or in fact coming from a clear “Fusha” root. I couldn’t come up with a decisive verdict where it’s coming from in my allotted 10 minutes per word – but I am 95% sure it’s coming from one of these two verbs listed in Hans Wehr:

(3) Nothing uniquely Algerian here.  Pretty close to how you’d say this in Egypt.

END_OF_DOCUMENT_TOKEN_TO_BE_REPLACED

One of my favorite things about having a website is that readers send you tips to things to you may not have been aware of otherwise. Many thanks to Magnus for sending me a link to the below book.  After looking through it – I agree – the book is must-read for anyone who is or aspires to be a translator. 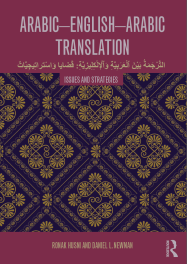 One, there really aren’t very many books out there on the specific field of translation. This one aims to fill a gap in that market and offers a useful mix of theoretical and practical knowledge. The chapter on Legal translation is especially interesting.

But two, even for those who aren’t working as professional linguists, it’s filled with practical language takeaways for anyone interested interested in Arabic, and therefore worth a read.

North African Dialects are not as  incomprehensibly “different” as they are often made out to be by many in the Arabic studies field.

If you have built up a strong MSA base, and have spent a decent amount of time speaking in any Dialect (250+ hours), you are in a good position to approach the differences rationally and “convert” your skills in a reasonably short amount of time (one month or less).

END_OF_DOCUMENT_TOKEN_TO_BE_REPLACED 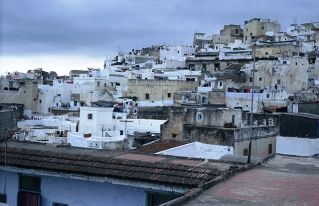 For the 90% of high school and university students who are learning Arabic for some practical yet still general and undefined career purpose, here is a key point: you cannot predict where in the Middle East you will end up applying your language skills.

This is why I discourage most early stage Arabic students (less than 4 years) from trying to make perfecting any single Dialect their core Goal. Why?

END_OF_DOCUMENT_TOKEN_TO_BE_REPLACED

Yesterday I received a tip from an Arabic student (thanks Svetlana) about a good online resource. This morning I spent some time looking through the site – LangMedia at the 5 Colleges Arabic program.

I am in agreement. I can’t overstate how good a resource this is. Here is the  link.